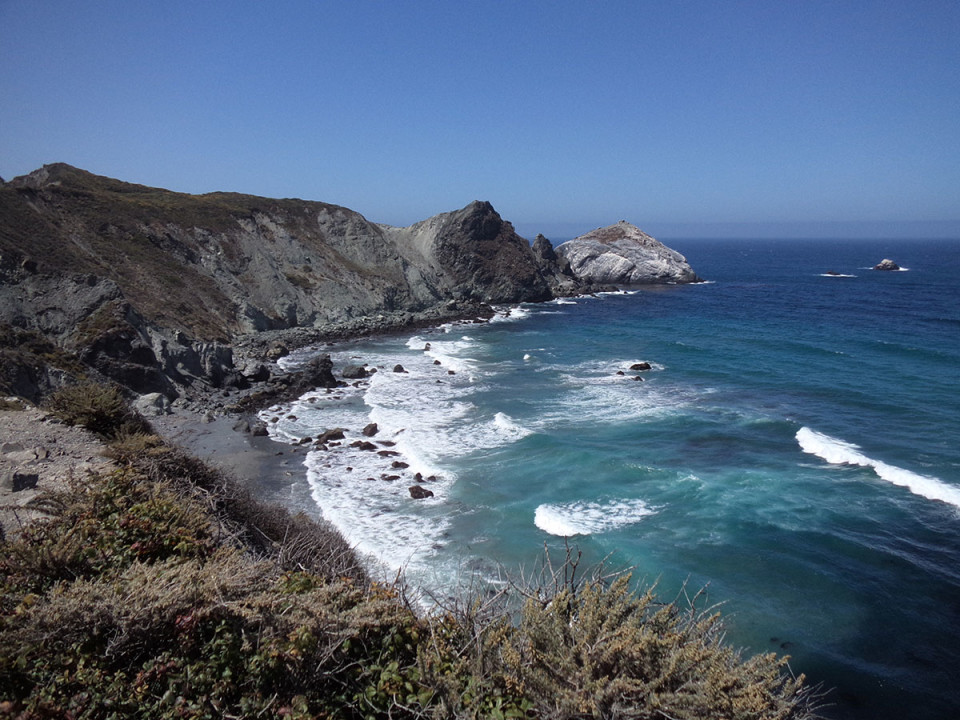 What happened to the blogging?! We’re in England now – here’s our last week in America.

Last post, we were (quite happily) leaving Vegas, heading to our accommodations by Flagstaff. Our host was awesome – a builder of retirement age, his house was his life-long project (cliché!) and he was full of great improvement ideas. His only problem was finishing any of them! So we had a nice evening there relaxing. We never actually went in to Flagstaff– despite it being described as a delightful wee spot! We just overdid it a bit and were shattered. In the morning though, we had places to be – namely, visiting Kate’s friend Justin and his family a few hours south in Phoenix.

As we got closer to Phoenix, in the desert we started to see those cartoon-style cacti rising up – neat! You got a purdy mouth

Justin’s family were very welcoming. We spent a great night in with three hours in the pool with beers, and then a pizza. The temperature was around 45° C and the only way to stay cool was in the pool! At night it goes down a bit, to like 38° C; they said the pool is nice at the moment, but soon enough it’ll be like a warm bath – then there really is no escape. Life in the desert!

At 11pm we snuck out for a walk, encountering many improbable toads who live around the artificially watered grassy parks (sprinklers water them at night). We heard tales of the coyotes, who come in during the evenings in search of pets left outside – grim! After a lazy morning, we decided to go to the movies. It was too hot to do anything else! So we hastily dashed from the air conditioned house to the air conditioned car, then dashed to the air conditioned cinema. The neighbourhood is nicely planned, there’s curving sidewalks and playgrounds dotted around – but we didn’t see a soul walking anywhere, it’s just too hot. I started thinking how a functioning Martian colony wouldn’t be that dissimilar to living in Phoenix – aside from airlocks, the bubble-world lifestyle is all there! These desert cities are odd places – more than once we wondered why people lived there, and marveled at the wasteful overpowering of nature that is required to support it. Now, Walmart. It’s pretty much ‘The Warehouse’ on steroids (except much nicer!) We’d seen people of walwart online and were keen to see more in the flesh. Unfortunately we hadn’t time to go to the ‘bad one’ – so we made do marveling over the oversized containers for everything, and the over-the-counter AK-47 for $1,000. After another great evening with the family and a weekend doing normal, local things – we were feeling good and rested. It was one of the highlights of our trip! We set off back in to the desert toward Los Angeles. This was quite a drive, seven hours – but it was a special day: our 1 year anniversary! Aw. We celebrated by driving through the desert some more. As we neared LA the highway got busier and bumpier. At times it felt like one of your tyres had deflated,  but it really was just the awful road. We got to our accommodation in Silver Lake, a stone’s throw from Sunset Boulevard. ‘The BEST ramen in LA’ was to be had on the corner – if you didn’t mind queuing up with 500 hipsters. We did mind, heading to a nearby Thai restaurant to celebrate our milestone instead, then crashed!
In the morning we went back to Sunset Blvd and had a croissant and coffee at the great Café Tropical. Fantastic atmosphere, the walls were lined with bank notes of all types and value. I enjoyed looking at the different faces on the notes – all figureheads from their respective countries – all so different. I guess the tourism draw for LA is Hollywood, film stars and locations. I don’t care for that though, the celebration of fame. We elected to head to the California Science Centre instead to see their star exhibit – the Space Shuttle Endeavour. The satnav added 1.2 hours to our 20 minute drive and tested our freshly year-long relationship severely, but we got there eventually! The place was free (strange for the US), well laid out and pretty awesome really. We had a great time pulling levers and hassling fish and chickens: Of course, seeing some space stuff was pretty impressive: Surreal to see it so close in the flesh

In the evening our Air B&B host took us out for a dinner at his habitual Monday hot spot. A great wee three course meal was had, but unfortunately our host hadn’t time for me, favouring making fun of my accent more than engaging with me. He loved Kate though, so I quietly ate, quietly seething – comforting myself with the knowledge that LA is not my home. We left thank yous to all our great hosts (the vast majority); not this guy. Yea, take that!

After that delight, Kate’s friend and her partner picked us up. We joined them for some beers then went on a big tour of the city. Daniel was an excellent tour guide, showing Kate all these old-Hollywood spots and telling stories. Kate said ‘oooh!’ and spun around in amazement a bunch, but the names and places meant nothing to me – I just needed to go for a pee! Eventually we got to the coast, and pulled up so I could disappear into a sand dune. Gratefully I dashed, hand in my pants – but as my eyes adjusted to the gloom I noticed scores of homeless tents in the dunes. Took a long time to find a spot at a polite distance! We finished off over a pub in Silver Lake – I forgot to tip the barman. Tipping takes a conscious effort (and the right change), what a ridiculous system.

In the morning we gratefully packed up and headed east to the much celebrated Coastal Highway 1, heading north to San Francisco. Again we had a lot of driving, but we stopped to wiggle our toes in the sand at Pismo Beach. We enjoyed the drive, eventually pulling in to Atascadero for our evening stay – this time in an old bus-sized RV! We much enjoyed being back in a van – however after experiencing a monster-van we are definitely happy with the size of Dotty! Kate popped out and got us some chicken for dinner and we enjoyed an X-file on the laptop – back to our old van life! When the sun came up we headed back to the coastal highway, heading to Monterey. This section of Highway 1 was great, winding along the coast – at times reminiscent of the cliff-hugging gorges and coastal roads in New Zealand. Very relaxed driving (locals don’t use it), we pulled over to see some elephant seals. These things were enormous, the males making their booming calls and fighting – just like in the documentaries! We much enjoyed watching them a while, flabbing around the beach. We drove over ‘Big Sur’, a particularly windy drive with great coastal views – though I’d recommend doing this route heading south, as travelling north it wasn’t safe for us to cross the road at many of the wee viewpoint laybys – or turn around if we did! At one point we stopped, and it was squirrel central. Squirrels of all shapes and sizes, living off tourist feedings. We were guilty of encouraging this unnatural behaviour too, quickly getting the peanuts out of the car and having a blast with them. Fatty squirrel chomping on a nut

At Point Lobos we met up with Kate’s friends again (who had taken us out from San Francisco). A favourite haunt of theirs, they took us around the coves, seeing lots of bird chicks, more seal pups and a small whaling station. Nice spot! Whalebones from the whaling shed

We then drove in convoy to Monterey, a great wee seaside town. We had a huge feed of Mexican food (no more Mexican for a while please), pottered on the beach then got an enormous ice cream sundae nearby. It was great fun, it’s great having local guides – I’m very lucky Kate knows such wonderful people in all corners of the globe! Our Mexican restaurant on the water, Monterey Statue for the Monterey Cannery

We said our fond farewells, then did the last wee leg in to San Francisco. Our final night’s Air B&B was right by the airport, and run so well. Ensuite bathroom and kitchenette set up in the garage with the most delicious breakfast foods – a fine final night in the US.

In the morning we returned the rental car, got to the airport and gratefully boarded our plane to the United Kingdom. I was pretty happy to end our American adventure to be honest – the pace of travel was too great to sustain.

Now we’re back in the UK, I’ve got time to think again – so here’re some random bits and pieces about the US we noted on our adventure, that didn’t really fit in to our narrative:

Tax!
Tipping is confusing and stupid. It feels like business’s inability to pay a living wage is just being pushed off to the consumer – it’s really weird to me.  But not only that – they don’t put the actual price of things in stores. They put the store price, then you have to add tax yourself. Of course we never did this, so our ‘$4.99’ purchases often cost ‘$5.27’ or some stupid thing – it was just irritating, and led to us collecting so many coins. American money is weird too, the notes go down to $5, then $1 (no $2) and then it’s quarters (25c), dimes (10c) and nickles (5c). The arithmetic involved with giving change had us stumped, and many cashiers too – I’m amazed they haven’t gone contactless yet!

Roading
We had a lot hours studying American roads, and here’s our UK/NZ take:
What’s with the stop signs?! In suburban and rural areas, road intersections will culminate in a four way stop sign configuration. For us, this is extremely confusing! Once all stop signs have someone on them – who goes?! After research, it’s the first person who goes, then it’s a bit of a memory game to remember who is next and so on. In New Zealand and the UK, the main road just goes through and the tributaries give-way – doesn’t that make way more sense!? Sure feels like it when you’re driving it – stop/go, stop/go. Four-way stop intersections. Mental! (We came across a 5 too)

It’s a big place.
America is bloody huge! And the states really are countries within the whole – California attitudes and rules are their own beast, so different from the attitudes of Arizona. I don’t want to make big generalisations, BUT! It felt like there was a real wastefulness to American culture. The focus on the car to the detriment of all else, the lack of recycling in Arizona, the waste of water during severe drought. I guess with space comes those mindsets – Europe is so compact and careful, NZ and Australia seem to lie somewhere between the UK and the US.

We’ve only scraped the surface on this trip, so plenty more of what we liked to see – and less of what we didn’t. For next time!