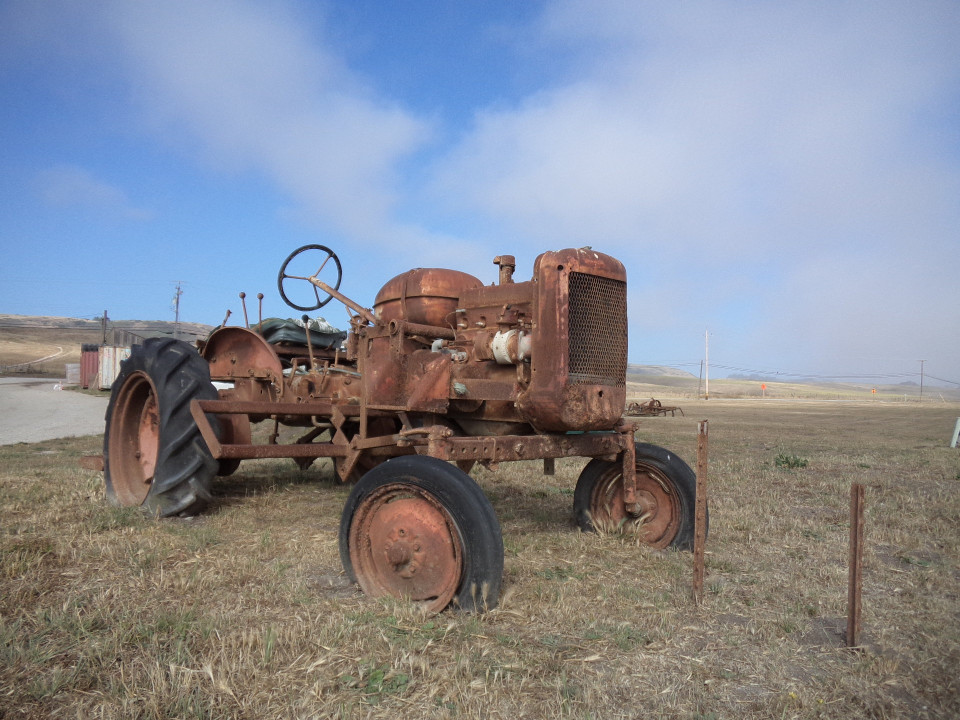 On our third day in San Francisco, we still weren’t enamoured with the place. I figure we were just missing the good bits, so we decided to head in and investigate the mission district, ride a tram and so on but we were prepared to be disappointed. But fate had other plans and as we got prepared, Kate’s old buds from China discovered we were around and offered to take us on a roady. We like to take opportunities where we can, and this was the road less travelled – we were in!

As we left Oakland in the back seat of the car, it was so peaceful for both of us not having to make decisions. Kate’s buds were awesome, almost a mirror of our couple personality types.

Our first stop was … somewhere, for a falafel. The best falafel ever. It tasted like meat! Our final destination was to be Monterey, on the south of Monterey Bay. But we got stuck in traffic, so our plans changed. Traffic in beautiful surroundings in the middle of nowhere

Along the coast (sorry I can’t remember anywhere we were!) we stopped off at our buds’ favourite spot – Swanton Berry Farm. This place is one of the few independent farms still running in the area, and they have a wee commune on site. Upon entering, the place was set up like a nice cafe/lounge atmosphere, however everything was turned toward the customer – it was completely self-service, running on the honesty policy. Magic! We had a great coffee, cheesecake, chocolate and a ginger beer out on the lawn. Screw the city – that was more us! Next up we headed on to the coast, to see a nice wee lighthouse, seals, sealions and surfers. Onward we drove, to Santa Cruz. We had a great meal at ’99 bottles’ – a great beer bar. They’re doing a thing where you can check off 99 different beers – if you check them all off, you get a brick in the wall with your name on it. Our buds were gunning for their second brick, so we had a couple of pints then pottered about the downtown. Santa Cruz had a nice feel to it, we dug it. We’re assuming there’ll be nice bits of San Fran like this, we just didn’t see ’em! Our American portion ‘appetisers’ at 99 bottles

Our buds then drove us home, arriving about 10. Huge amounts of driving, just hanging with like-minded souls, enjoying good times. So our last San Fran day didn’t end up that way – but we’re OK with that, this was much better.