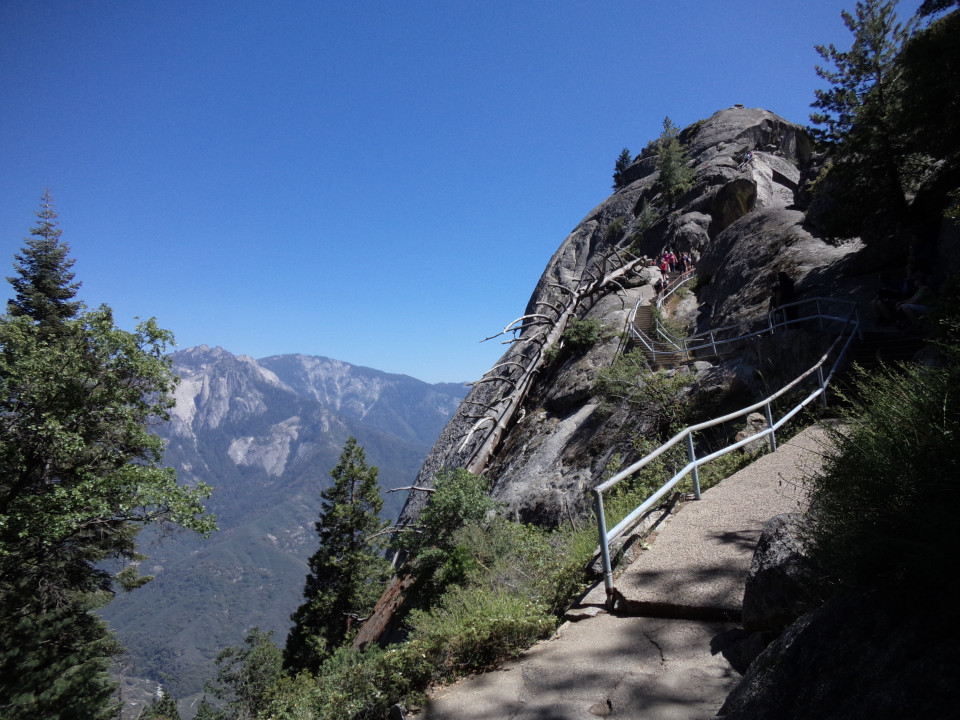 It is bloody hot in America right now. We had an awful sleep at the previous B&B – Kate even opted for the floor at one point (no help). So in the morning we arose a bit groggy, and over breakfast were talked at by our lovely and gregarious elderly host.

We’re doing this trip with lodging all through Air B&B, so staying with people – and it’s a newish thing to do – proper etiquette doesn’t seem to exist. I don’t know about you, but after a long drive and arriving somewhere, I like to be left alone a while. It’s great to get to know different American people a bit better, but it is work and it means, even when you’d traditionally be relaxing alone after a days touring, you’re ‘on’ until you get in to bed. Hard yakka. I also prefer to get on with the touring when you’re touring, not have two hour long breakfasts listening to people listen to themselves talk, but hey – it’s part of the journey.

Anyway – we get out of there around lunchtime and drive south toward our next host in Squaw Valley, near Sequoia National Park. The road took a neat mountain pass, fun driving! In one canyon we passed over a river, and you can see the extent of the drought here – look how low it is! Driving over the pass (at Fremonts fort) – look how low the river is up the back! Enroute we passed through some wee towns, and got some lunch, at Taco Bell! We’re working through our list of American takeaway joints. I have a picture of Kate eating Taco Bell, but this time I have decided not to post it. Kate had purposely gone with our host in Squaw Valley as she was very alternative and sounded really interesting. And interesting she was! Heavily involved in Native American culture, her home was chokka with all the traditional wares and kit. A wonderfully homely vibe, she had cooked us sausages and mash for dinner (Kate told her I liked sausages! Simple man I am), ran Kate a bath and we just chilled.

At dusk we went star gazing on the lawn, and talked with another lady about how terrifyingly dangerous Oakland is. Hold ups at gunpoint and other fun crime stories. It was fun to hear, now that we were no longer there! Later in the evening our hosts’ friends dropped in to sleep – a family of Navajo heading home from selling at a market. They were lovely people and it was great to meet them!

We had another bad sleep (the heat is hard work for us!), and after a lovely breakfast with all the crew, we headed off toward Sequoia. Our host packed us some pancakes, rolled up with peanut butter and jam in them – packed with a frozen juice box to keep them cool. So nice!

As we left, sleepy as we were, we reverted to habit and were flying around these blind country bends in the road, on the left. So imagine our terror when, honking around a corner, we see the two moons of jeep headlights coming right for us! We both realised at the same time: “IT’S US!” and swerved over to the right. The poor Jeep driver, we kept on driving in shock. Why the hell doesn’t everyone drive on the same ride of the road! It’s bonkers!

Instant death avoided for the moment, I was in shock. So easily these things can happen. Later we came across some other tourist swerving out of our way (we in the right that time) – this did nothing to settle my nerves. However, obviously we made it – along beautiful roads as with Yosemite – and got to see the big Sequoias. Views driving in to Sequoia

In Sequoia there are two poster-child trees – General Grant and General Sherman. They sit at opposite ends of the park, and we ended up driving about 40 minutes through the park to go see General Sherman because there was some other stuff down that end I wanted to see. These trees are the ‘poster children’, and it’s tourism central to get to them. The summer carpark for General Sherman was some distance uphill from the tree, requiring a toddle down the hill to get to it, and a shuttle bus option back. Shuttle bus to see a tree.

Anyway, here’s the biggest tree in the world (in terms of volume) – General Sherman:

Can barely believe there is no person down there for size reference, by the time we got there it was SWARMING.

At these ‘main tourism’ spots I find other tourists annoying – they’re obnoxiously loud, inconsiderate and many are also incredibly stupid. So we saw the tree, then went off along the nearby 3 mile Congress Trail loop.

This loop has heaps of also enormous trees, but no barricades or swarms of other tourists – just you and the forest, filled with these enormous trees. Quite a moment. During our walk we saw heaps of chipmunks too. Chipmunks are maybe even cuter than squirrels, it is crazy! After mocking the bus, we took the bus back to the carpark. I was worried a bear may have broken in to the car (there are signs everywhere saying to HIDE YOUR FOOD!) but no problem. A deer ran out in front of the bus, the speed limit is so low not just so you can constantly gawk out the window!

A little further south was Moro rock – a huge outcrop with 360 views into the valleys and to the Sierra Nevada mountains. Primo! Kate decided to pass on the 360 steps so I went up alone. It was pretty amazing, photos do no justice. Up there, birds were riding the wind currents and swooping too – just magic. Me and the Sierra Nevada mountains from Moro Rock

Returning to the car, we also visited Beetle rock – a much easier spot to access! After that we started heading back home, via Hume Lake. We took an impromptu detour to Sandy Cove, a quiet, beachy spot on the south side of the lake: As we sat there enjoying a moment, a falcon flew by, swooped down and caught a fish as we watched – pretty awesome. We also spotted some lizards sunning themselves – fun! Driving back to Squaw Valley was uneventful – our host prepared a nice pizza and we went to bed early. Another crap sleep was had.

In the morning before we left, our host asked us to drum with her. She has an authentic raw-hide drum there, and she sung and beat the drum – and her pet dove loved it, coo-ing away. We eventually left about 11 and drove six and a half hours to Las Vegas. I write this to you from there, as we relax today in preparation for our night in the city.

I’ll end this one with a bunch of pics of the road, because that’s all we did yesterday! Solar power plant in the valley leading to Las Vegas. It got up to 115 Fahrenheit – 46C!