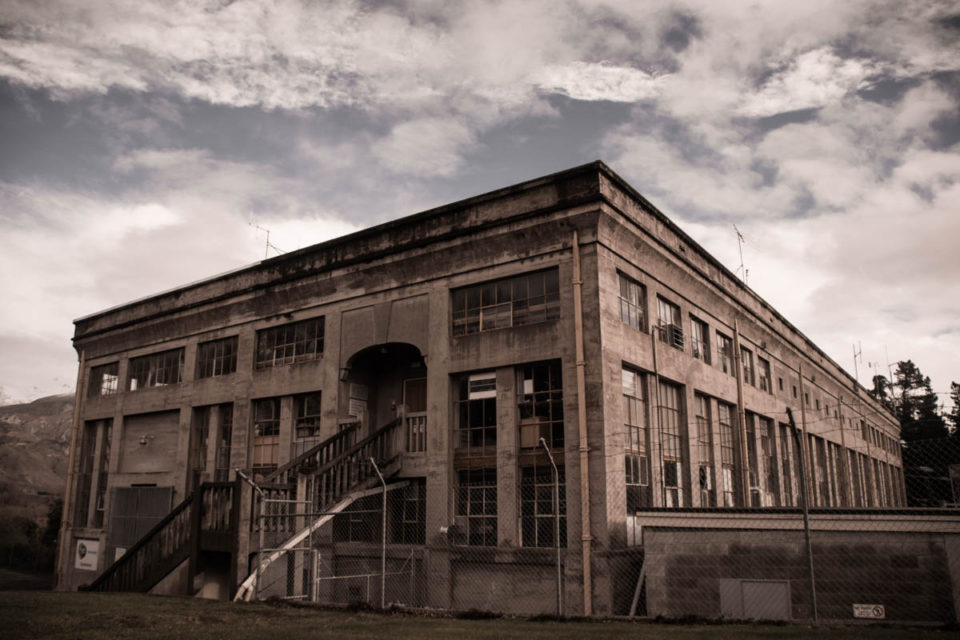 The road from Christchurch to Ashburton is dangerously boring. Barrelling across the Canterbury Plains, it is just two straight barrier-less lanes as far as the eye can see – and upon which every trucker and tired tourist gets to Christchurch. As a child this road was a torture, but us adults are more suited to boredom. I spend it thinking about Ashburton.

Ashburton begun life as a hotel, a stop for the ferry-man of the Hakatere (Ashburton) River. It was a windswept floodplain in 1837, and grew from there. Soon bridges and floodbanks changed it’s reason for being, and it became a transport stop and service town for the sheep and wool industry of the Canterbury region.

My Grandma lived here, and it has a special place in my heart as our childhood holiday destination. Grandma’s home was a double-brick building built in 1906, and she changed little of it so it was something of a time capsule. Flour cupboards opened from the bottom in the outside kitchen with an everhot stove; the wood covering the old well needed replacing, and the ‘indoor toilet’ was still outside in the shed. When my sister and I were little, mum hooked us up with a chamber pot for Number 1’s; but for Number 2’s we’d wake each other and go together. One would stand guard, beneath the single bulb in the shed, listening to rats and watching the shadows of old saws sway across the balded skulls and terrifying eyes of Mum’s old dolls. The kid on the toilet was the lucky one.

I have so many fond childhood memories of playing at Grandma’s and Ashburton in general; the summer holidays of youth. This was why I had come south, to explore and reconnect as an adult.

When Grandma passed on the house was sold, and we all knew it was damaged in the 2011 earthquakes. But I had failed to consider the logical conclusion to that. So it is with some pain that I pull up opposite a completely empty section. The house, the century old walnut tree, the hedge we built forts in, the gate on which we swung. All gone.

Tears in my eyes, I walk about the empty lot. The neighbour’s corrogated iron fence is the same, and the stumps of the hedge’s roots – all else gone. I find a few pieces of concrete and wood with patches of the familiar teal paint, and pocket them. I have a cry. I have not had breakfast.

I drive back to the shopping centre of Allenton. It’s almost a cliche in terms of coming back to a place; the magazine shop run by a family friend is now a liquor store, complete with security mesh. The council is in the process of replacing the enormous half-pipe drains with boring normal ones. The old woolstore is gone, replaced by housing on ‘Woolstore mews’. But it doesn’t change my memories – what it is now doesn’t change what it was then. I sneak in to Allenton School and the playground; the three tractor tyres are still there amongst the modern gear; I guess kids are still making their own memories with those.

I really am hungry though. I head to Ashburton town centre, which sensibly grew by stretching along and straddling its life-blood twin-rail lines. With modern New Zealand diminishing trains to a romantic irrelevance, the layout doesn’t serve today’s Ashburton well; it’s a quaint, interesting yet irritating layout.

I find a packed cafe, pick up an Ashburton Guardian from the petrol station and sit down for a read. I didn’t know farmers had so much to say.

Fortified by food, I re-emerge to continue my heritage exploration. Across the tracks are churches; their steeples still dominating the landscape. St Andrews’ bricks are familiar; my parents married here. I approach to relive the forming of this unholy union, but am thwarted; quake damage has locked the doors.

Around the corner is St Stephens, where my Grandma worshipped – not mothballed, but not open either. The Catholics let me in though, up the road in their enormous brick edifice. 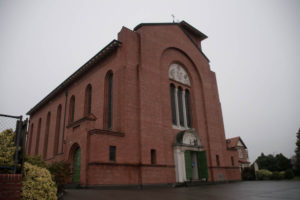 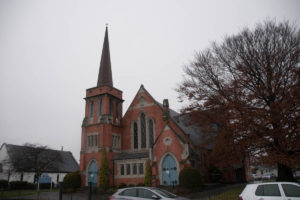 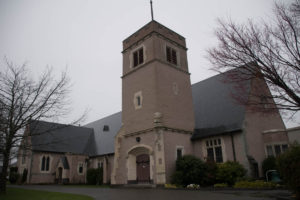 Between the war memorial and the domain is a new museum and art gallery. The gallery is quiet; it’s closed, with just two staff scurrying about attaching name plates to art. The exhibition of local artists opens in a few days. I try my luck, being in town only the day; they allow me in for a sneaky preview. As much as I know talent hides everywhere, I am impressed by the volume and variety of Ashburton’s creatives. It’s wonderful. The Canterbury section sings to me; adorning the walls of my life have been my grandfather’s paintings of Canterbury scenes; here are the same scenes captured through different eyes.

The museum opens when I leave the gallery. I tell the woman of my story; she doesn’t care. This will occur more frequently as I age. Inside is the story from the start, each industry given it’s space. There’s a working model of the old levee irrigation system, one I see the staged gates for in the countryside nearby.

For kids, the pride of Ashburton is their flying fox. I make my way through the domain, past autumn leaves falling upon sprouting daffodils and find it is still there. Excited, I grab the rope and drag the trolley over; but the rope is too short! Alone, I can’t get around to climb the tower and also hold the rope. Not a soul is about to help; I loiter a while and still no-one. I give up, deflated. 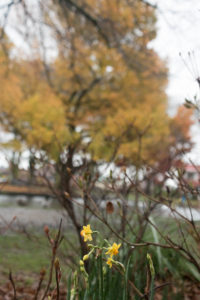 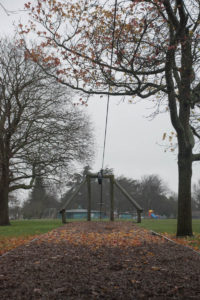 I visit the cemetery, which I will leave to the reader’s imagination.

In the morning I head inland, destination Lake Coleridge. The roads are long and straight, blasting across the plains. Snow-capped mountains tower over the green fields; it is postcard beauty.

Lake Colridge is the first of New Zealand’s many hydro-electric power stations, completed in 1914. The building has a stoic pride to it – not seen in modern public works, where we put cost above all else. It’s an interesting place to fossick about. 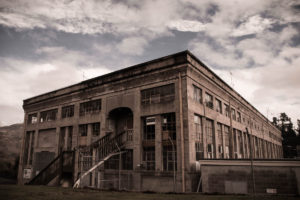 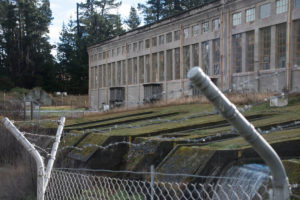 I take the rental up to the lake which feeds the plant; it’s an enjoyable drive with wonderful views. 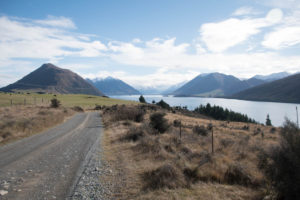 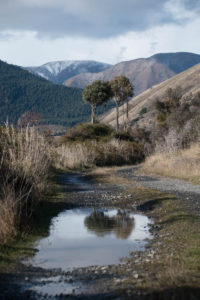 But I can’t linger too long; I must get back to Christchurch and home.

I stop in Glentunnel; a nothing of a town, but with a flag telling me there’s a cafe. It’s in the back of a church. I pay three dollars for some pumpkin soup, transferring the funds via internet banking. I talk with one of the dears. She loves the pace and community of the area, and I can understand that.

While Wellington is home, Canterbury is my New Zealand ancestry; I look forward to spending more time down there.

This is about my June 2017 trip to Canterbury, I just didn’t get around to posting it.