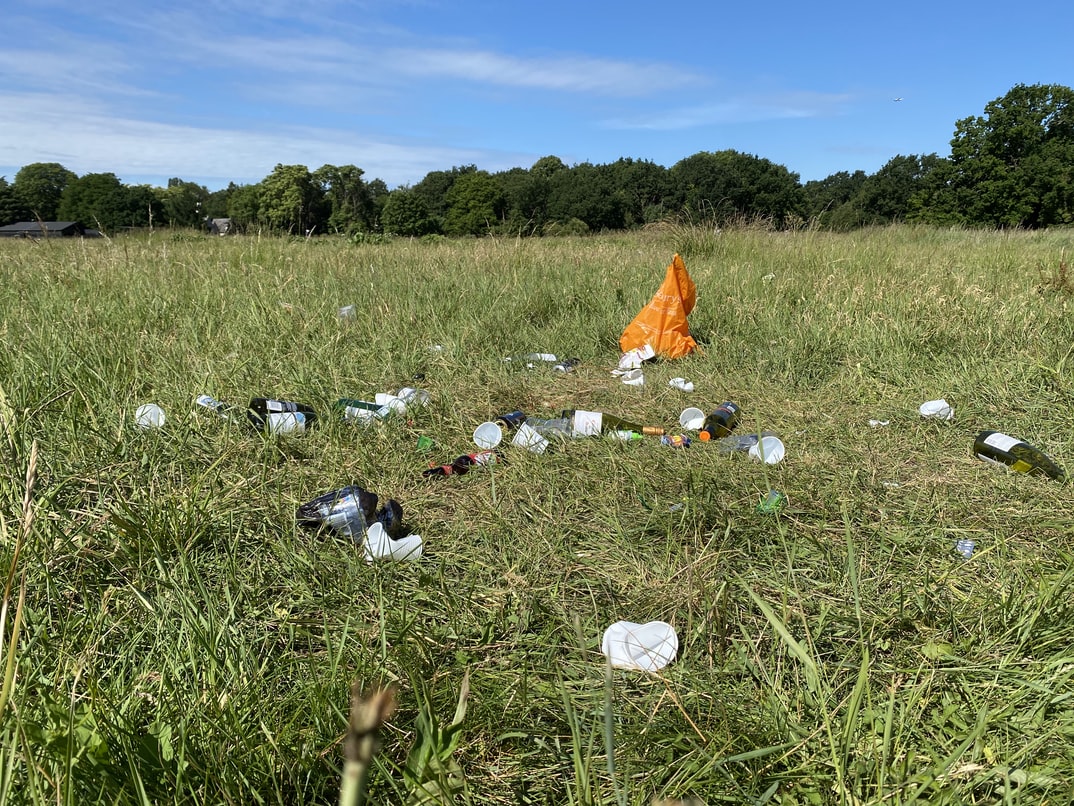 Whether you live in sunny Aotearoa or are here on a visit, one thing you’ll notice as you toddle about our fair country is an impressive volume of roadside trash. Takeaways and energy drinks seem to have the lions share, but you’ll find plenty of beer bottles too and of course, the humble yellow sponge that is the cigarette butt.

Whatever the trash it is, I always think one thing: ‘man, other people are shit’.

My nose rises, my lip curls, and for one tarnished moment I am a paragon of virtue. Better than these faceless slugs. Say what you will, but I’m better than this feral tosser! In some small way, my sense of self stands upon the opinion of countless litterers.

I was never so smug as my time motorhoming in the UK. Every roadside layby we stopped the night in, as part of my evening ritual, I’d don my garbage gloves and pick up all the trash.

It was wholly self-interested. I always hoped a local would spot me, spot this travelling bum freeloader tidying up their local layby instead of wrecking it and thus keep the carpark open and leave me alone.

“Oh hello, yes I am tidying up your local gravel pit. We travellers aren’t all pieces of shit you know!”

So, who are we without this detritus’s detritus to deride? These days, it feels our sense of community outrage is all the community we’ve got. What would we be without those to condemn? How would we feel like good people while doing nothing good, if we can’t point the finger at someone doing even less and say ‘at least I’m not making things worse like the prick who left that!’.

So there’s my first benefit to seeing garbage. Whoever dropped that rubbish has given you the gift of smug self-righteousness, given you something to disgustedly shake your head with your neighbour about. If you want to pay it forward, just leave the trash there, so the next guy can feel like a smug twat too.

My second benefit came to me years ago as I was riding my bike south on State Highway Six. I was blissed out on landscape, with the great Tasman Sea on the right and the towering peaks of the Southern Alps on the left. But alas, Monster can after Monster can greeted me as I pedaled the roadside thin white line.

Then it hit me. I’d ridden so much of the country by then and this was the only spot made crap by can. These dozens of cans were probably the leavings of just one tosser, one tosser on his way to work.

He’s a guy, my minds’ eye garbage guy. His arm is ringed by a barbed wire tattoo and his hair is short but irrelevant. This stereotype farmhand bloke – who’d dismiss me as some townie wanker just as quick as I dismiss him – pops in the local servo every morning to get his pack of fags and his Monster on his way out of town. He could get them cheaper in bulk of course, but he likes the smile with the shop owner each morning.

Just a few k’s down the road, Monster drunk and can crushed in his mighty grip, the husk goes out the window to nestle in the grass.

Day in day out, farmhand biffs his can. And day by day, just by being himself, some pissing dog, he makes his environment just a little bit worse. Not enough to see it in a postcard, or to see ripping by at 100kph, but enough to see when you slow down some.

He’s just one guy, this guy. And there’s my benefit number two.

All that trash you see, it’s the same few people. You don’t see the leavings of the countless others of us who look on, tidy up or condemn. To see the habit of one litterer is to see that there aren’t actually that many litterers at all. And you just know all the other ‘good people’ who have looked upon this trashy travesty have turned their noses up and curled their lips, just like you. And left it there, just like you.

The problem with benefit two of course, is that it lessens the impact of benefit one. If there’s not this faceless feral underclass of litterers around, how smug can you really feel being better than them? That pile of humanity that comforts you that the nothing you do is enough is like five guys, and the five worst guys at that. But hey, our sense of self is never particularly logical. As long as there’s worse, you’re doing alright.

I was fortunate to visit Morocco during my little OE. As we drove into the desert before the Atlas Mountains, us Westerners noticed all the trash. Without vegetation the blown rubbish draws the eye, it’s like garbage on Mars.

“What’s with all the plastic bags?” someone asked, the judgement clear to read.

“We call them desert flowers” our guide replied with a grin.