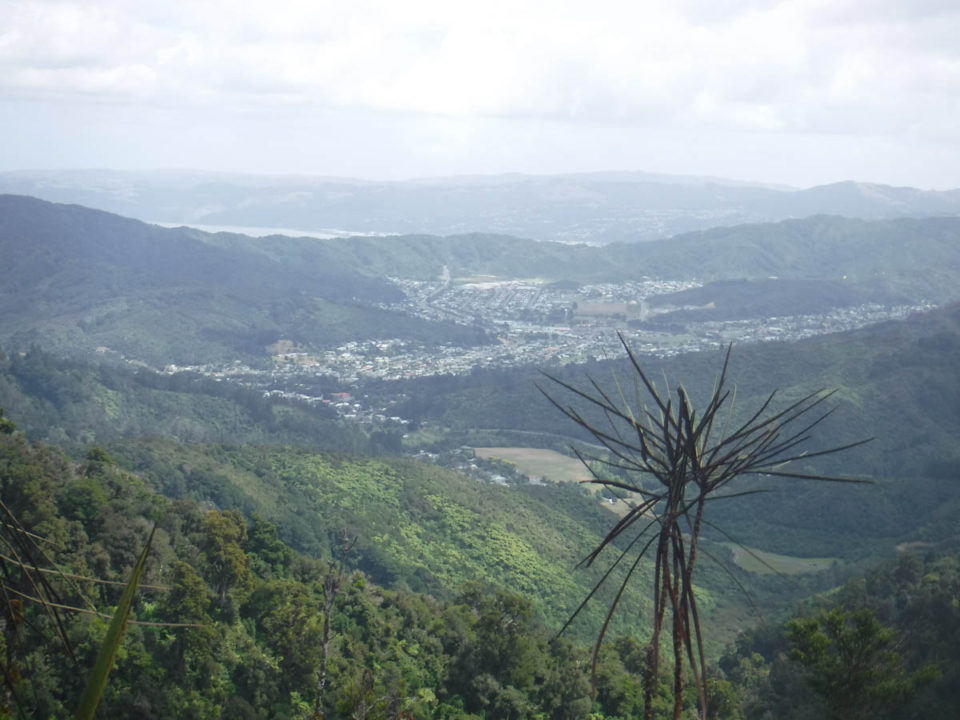 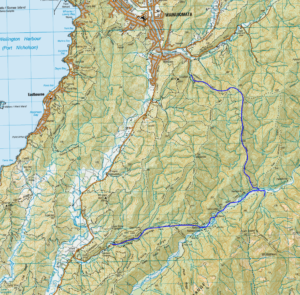 We climb the Whakanui Track at the south end of ironically named Sunny Grove Wainui at 11am. The party is bro Dave, his mate (and now mine) Martin and myself. It is a relatively steep climb from 140m to 540m, where we meet the well sign-posted McKerrow track turnoff at 12:30. 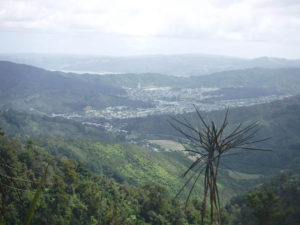 Skirting the west edge of the ridge, we cross multiple tiny streams and enjoy great views of Wainui, Wellington and even out to Kapiti Island. 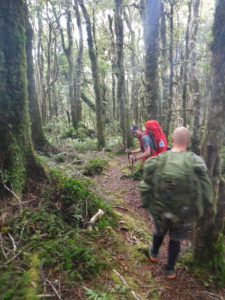 Following the ridge slowly, we head down and reach the Orongorongo river at about 4:10. There are magnificent rata on the way. 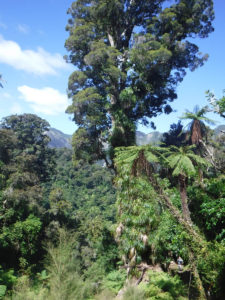 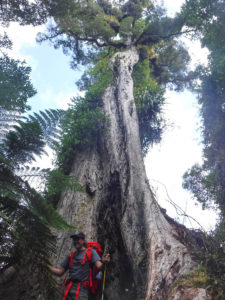 Dave and a rata

At the base of the track, east next to the Whakanui Stream is a great little campsite if the weather is inclement. We consider it, but continue out to the river. Exploring along the main river, we decide not to camp here and instead head to Matthews Stream. The Orongorongo river is low and full of weed – we are not close to getting wet feet.

Two cyclists cycle by, with big tyres. One falls off, and actually kicks and throws rocks in a rage – so maybe leave the bikes at home. 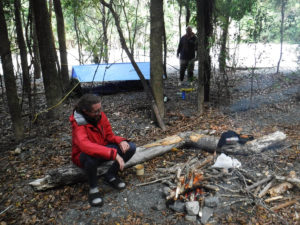 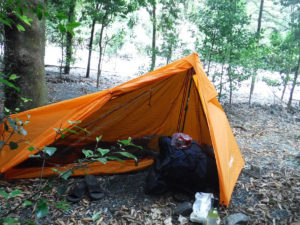 Testing out my new toy, the Intents Outdoors Ultrapack DW. 890grams and space enough comfortably for a pack beneath the fly. (verdict: fine, needs wind-testing – and better pegs if I’m doing gravel!)

Great times are had over a fire (firestarters which joined my kit after Smith Stream finally put to use). Star gazing, drinks and yarns. Memorable moments include Dave’s loud ‘I love Bear Grylls’ just as some hard hunters pass by, Martin taking a slash right when the only other party passed by, and spotlighting a rat which fell from a tree.

There’s a bit of bushlife to keep us on our toes overnight and the temperature drops but we are all good. 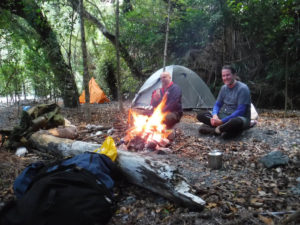 In the morning, we awake to find the stream has dropped further; we have to walk 25metres upstream to fill our billies now.

Around 10am we break camp and head slowly south on the Orongorongo river. 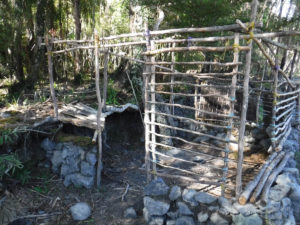 Someone’s brilliant work-in-progress; I noticed it last I came out but don’t have a progress photo! Can’t wait to see it progressed further later 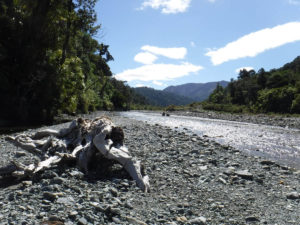 Martin swapping socks on the river

I didn’t bother to take any photos of leaving via the Orongorongo track highway, so I don’t know how long that took to get to the Catchpool carpark – but the track is hard-packed and hard on Dave and I’s feet. We both much prefer the Whakanui track – more varied tramping and fewer people (only 2 others we saw).

Great little adventure, wonderful times had. We Wellingtonians are so lucky to have the Orongorongo’s so close to home. Don’t squander the opportunity – get out there. (You can rent huts, sole-occupancy, from DOC for very reasonable prices if you don’t want to slum it)