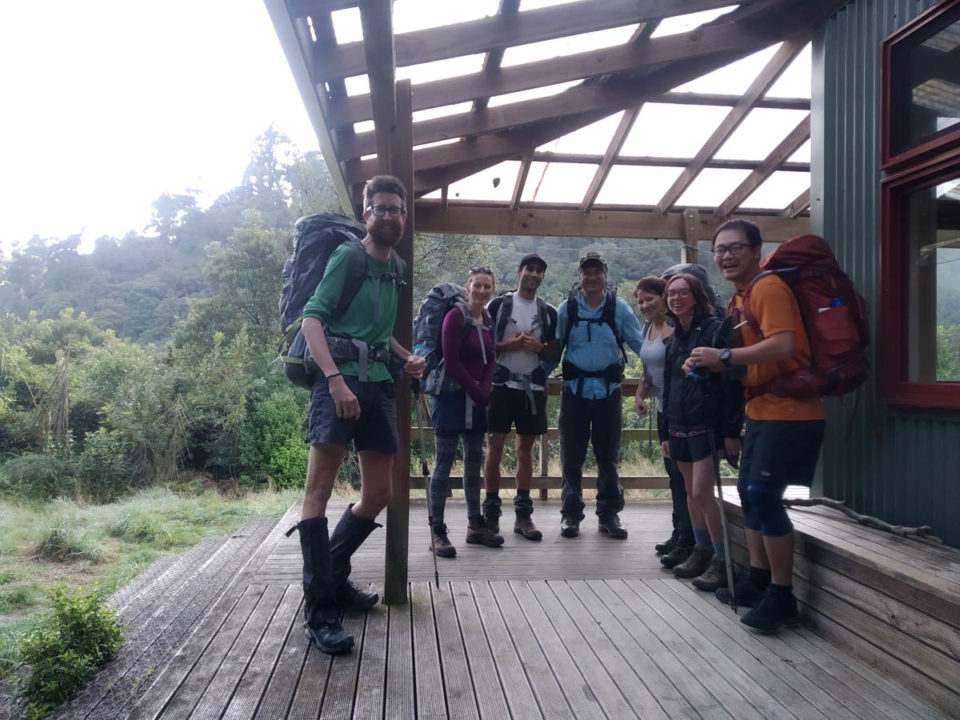 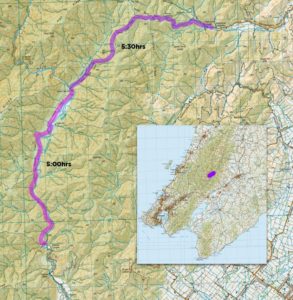 With my mate R we took a car-swap tramp out to Totara Flats Hut, organised via the Meetup Wellington Tramping Group. R’s party of four came from Holdsworth Roadend, and mine came from Waiohine. I have shown my groups timing in my photo, but we were bloody casual about our pace. Stopping for rests, views, enjoyment, yarns, wasting time, we took it both ways. It was great – we had a party of 3 and my two colleagues were wonderful company, we had great yarns and great silences. At some stop we all just sat enjoying the view without a word for ages. Eons. Usually I worry and start yakking at these points, but not with these two – we had a great nature appreciating moment together, it was mint. 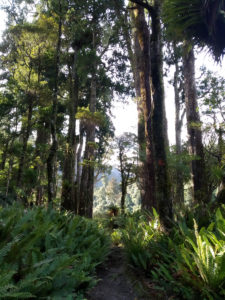 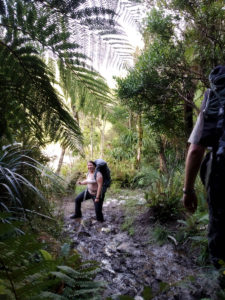 L stuck in the mud 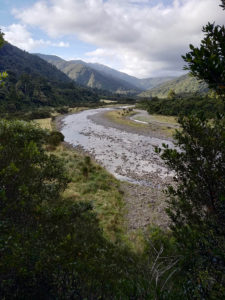 The riverside route sign making a break for it

The trail is not some river-hugging doddle – we clamber along, up and down like a yoyo. But we made it to the flats and blasted over, hoping for a bunk. It wasn’t to be; one bunkroom of 13 was filled with pre-teen girls, the other with their parents and other unfortunate adults tonight. We camp out on the front deck. Our two parties meet within 10 minutes of one another – we catch a corner table inside eventually and enjoy some cards and dinner. 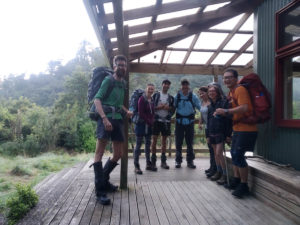 Throughout the night, trail runners jog by with headlights blaring; they’re doing some ‘most distance in 48hrs’ thing. Powell Hut is closed so it makes sense Totara Flats is busier, but I hadn’t really thought about it until we arrived.

In the morning we wished our mates the best and headed north, out toward Holdsworth. A little way up the track after the river bridge we passed a cairn, marking the high ridge route (I presume) – looks good for another day. 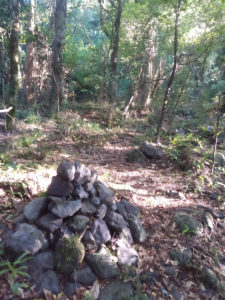 High ridge route cairn, over the river from Totara Flats

We crossed paths with some TTC folk who had stayed at Totara Flats and had a yarn.

We had intended to take the old Gentle Annie Saddle route, but with time slipping away we headed out the regular route via Rocky Lookout. A lazy writeup but there’re our timings – 5hrs in, 5hrs out! 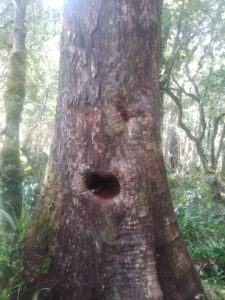